Ried go into this game as the only club with a 100% record in the Relegation Group, having won back-to-back league matches for only the second time this season. Altach are also in good form and have tasted victory in four of their last six Bundesliga games. The Vorarlbergers have won both of their previous meetings with the Upper Austrians this season, with Schreiner netting a brace on both occasions. If he scores again on Saturday, he will equal the club record for most Bundesliga goals against a single club in one season (5; currently held jointly by Leonardo vs. Rapid Vienna in 2006/07 and Dovedan vs. Austria Vienna in 2016/17). He is, however, an injury doubt along with Thurnwald; Reiner is doubtful for the hosts. 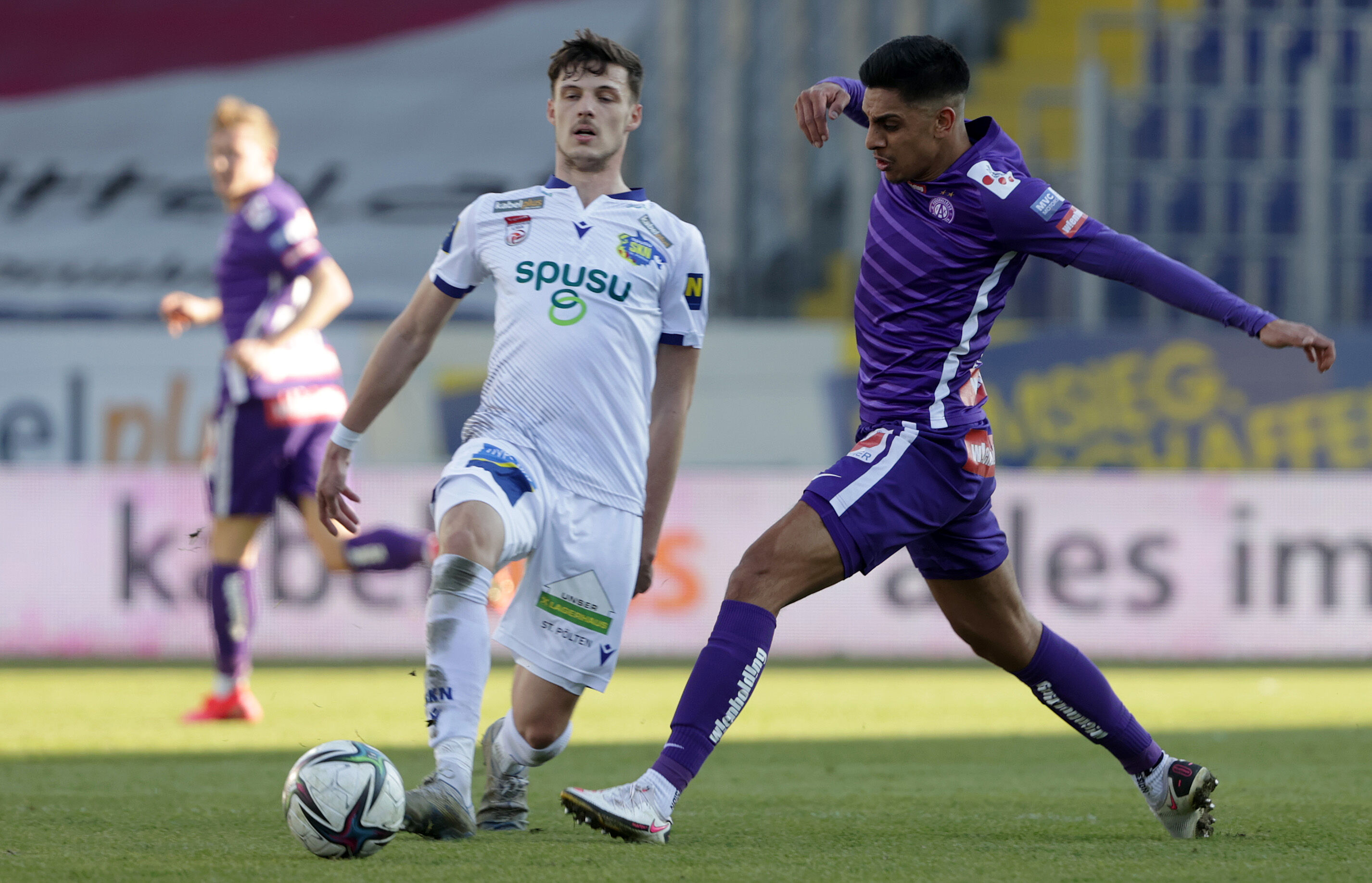 With only one point from their last six Bundesliga games and just one league victory in 2021, St. Pölten are in freefall at the business end of the season. But opponents Austria Vienna have also had a tough time of late, with their troubles compounded by the announcement this week that tricky attacker Manprit Sarkaria will be joining fellow Austrian side Sturm Graz this summer. The Violets are on a five-match unbeaten away run against the Lower Austrians (W2 D3), whose new coach Georg Zellhofer will be making his home debut in the dugout. He will have to do without the injured Muhamedbegovic; Austria are without Jukic, Hahn and Pichler, who miss out due to injury, personal reasons and suspension respectively. 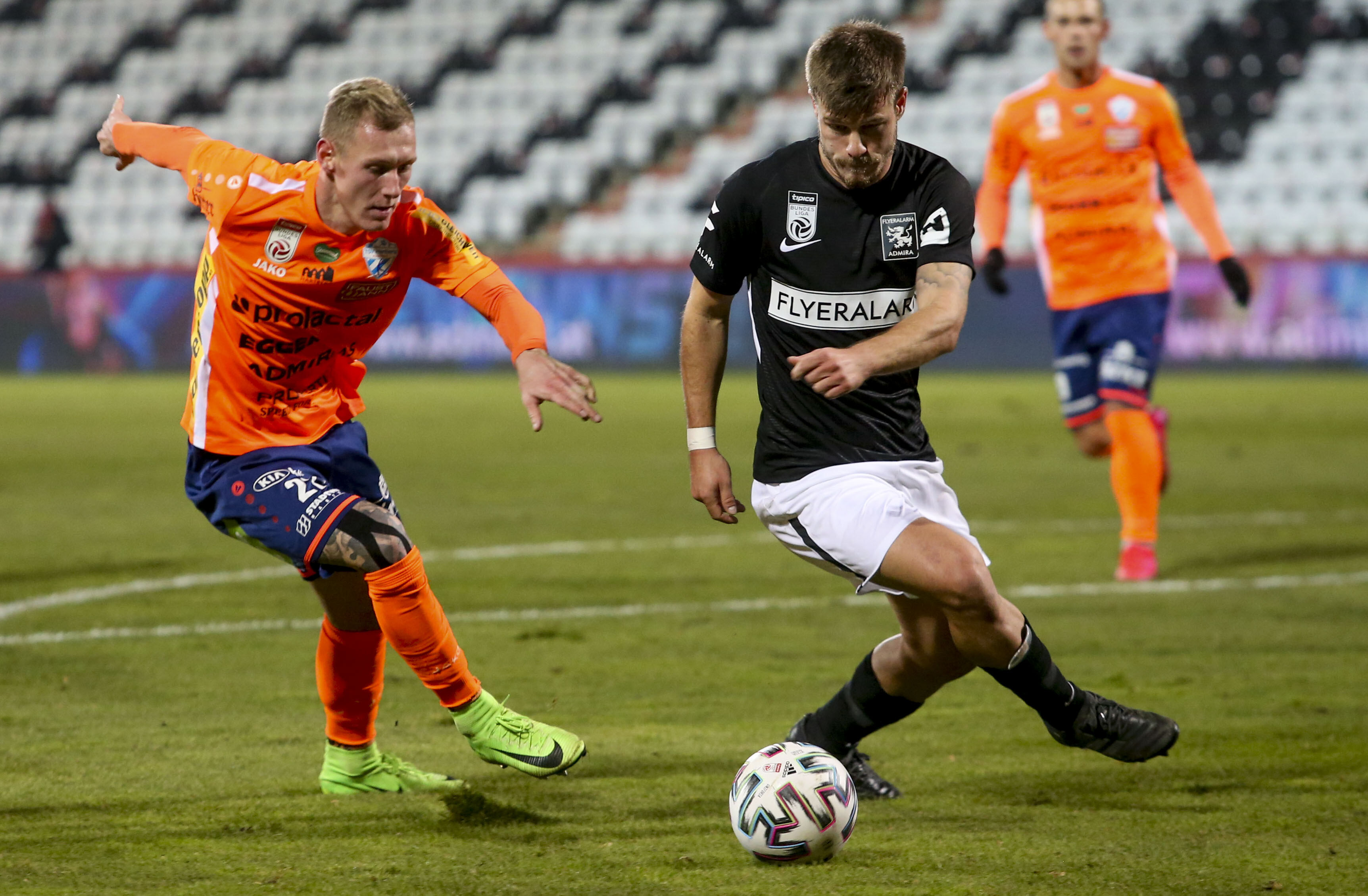 Both clubs go into this clash at opposite ends of the Relegation Group but with an almost identical record over the past fortnight, with a victory and a defeat to Ried apiece. The stats all point in Hartberg’s favour, however: the Styrians are on a club-record five-match winning run against Admira in the Bundesliga and have found the net in each of their last seven league games against the Lower Austrians (only their eight-game scoring run against Sturm Graz is longer). The injuries are stacking up in the Admira camp too, with up to six players including Hoffer and Sax potentially missing out. Hartberg are without Schmerböck and Lema.

Salzburg, who now boast a seven-point lead at the summit, are in imperious form and have become the first club in Bundesliga history to win 11 of their first 12 games in a calendar year. The only blip in their otherwise perfect run was the 2-1 defeat at Sturm Graz in February. LASK, meanwhile, bounced back from their 2-0 defeat to WSG Tirol with a hard-fought 2-1 victory over Wolfsberg last time out. Since losing 3-2 to LASK on Valentine’s Day last year, a result which ended their 53-game home unbeaten run in the Bundesliga, Salzburg have won four straight league meetings with the men from Linz. Vallci, Walke and Sucic are out for Salzburg, while Gruber, Karamoko, Raguz and Succar are absent for LASK. 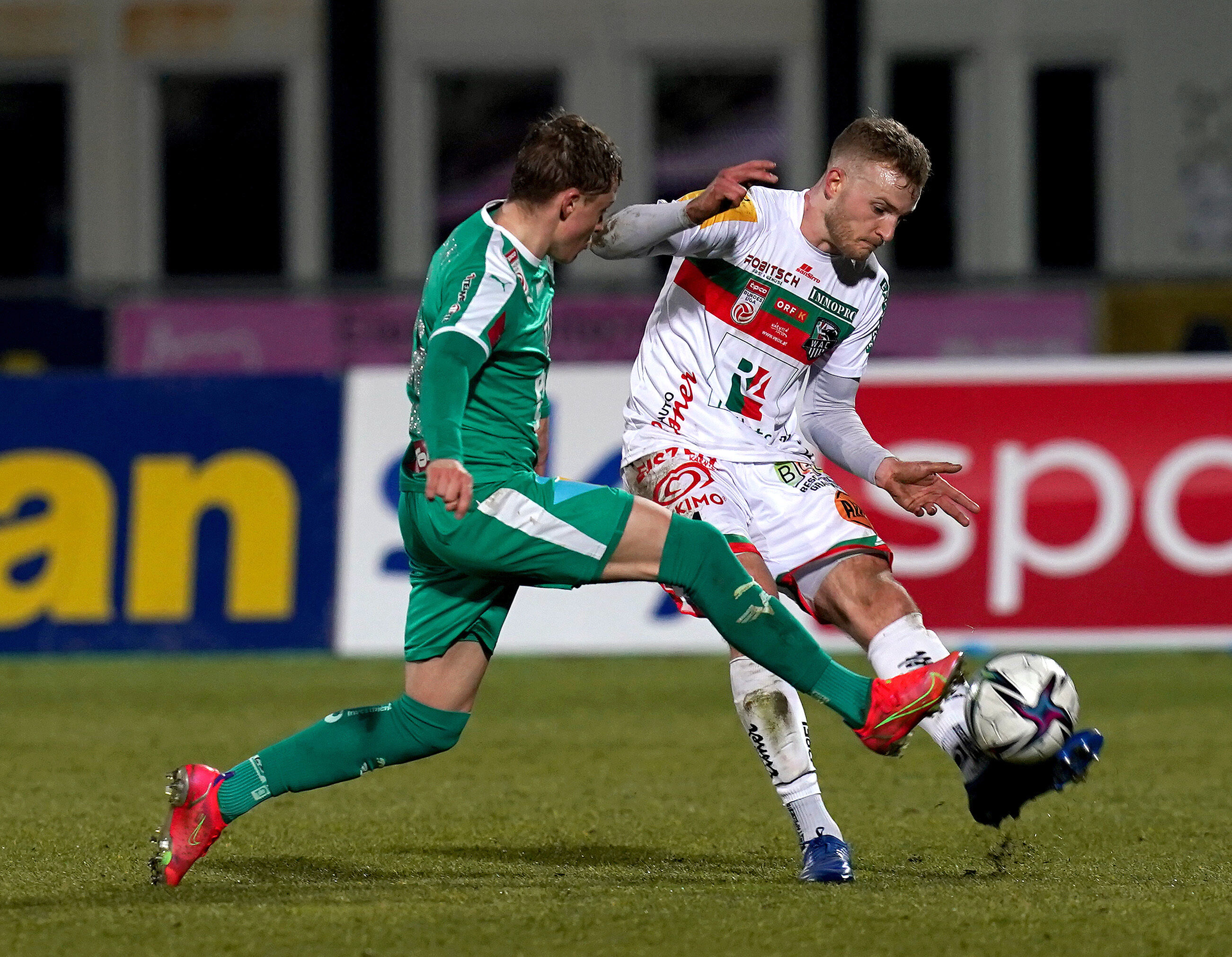 Both clubs lost away from home in the last round of fixtures, with Wolfsberg running LASK close but ultimately slipping to a 2-1 defeat, while WSG Tirol were narrowly beaten 3-2 by Sturm Graz. WSG Tirol have not lost any of their four Bundesliga meetings with the Carinthians (W3 D1) - they are, in fact, the only team that Thomas Silberberger’s charges are still unbeaten against in the top flight - and ran out 5-3 victors on their last visit to the Lavanttal-Arena last month. They also have more goals (nine, by eight different scorers) against the Wolves this season than they do against any other Bundesliga club. WAC will have to do without Peric and Sprangler, with Gölles and Petsos the only injury absentees for WSG.

Rapid Vienna’s cushion over third-placed LASK was cut to one point following their 3-0 defeat to Salzburg, but they can take heart from the fact that they are unbeaten in seven Bundesliga matches against Sturm Graz (W5 D2) and that Didi Kühbauer has won more league games against the Styrians as a coach than anyone else (14). Sturm, who fought back to beat WSG Tirol 3-2 in their last outing, will be hoping Jantscher’s incredible output continues: the 32-year-old has already assisted nine goals this season and has been directly involved in a goal in each of his last three matches against Rapid (one goal, two assists). Both clubs have a player suspended - Hofmann for Rapid and Jäger for Sturm.