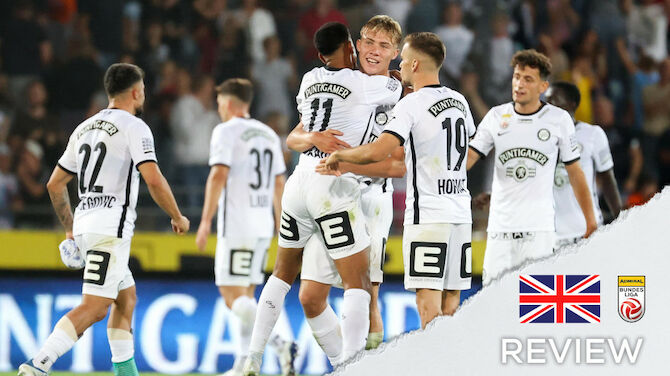 SV Guntamatic Ried recorded their first victory of the 2022/23 ADMIRAL Bundesliga season with Julian Wießmeier’s strike the difference against newly-promoted SC Austria Lustenau. The 29-year-old German excellently controlled the ball and fired into the far corner to put the Innviertel side into the lead mid-way through the first half. In a relatively even contest, the Vorarlberg side simply couldn’t break through the Ried defence for an elusive equaliser. This result continued the remarkable statistic that Ried remain unbeaten in all their 13 Bundesliga matches against Austria Lustenau (7 wins, 6 draws), the best record that Ried enjoys over any other team in the division. Miroslav Klose’s first ADMIRAL Bundesliga home game in charge of CASHPOINT SCR Altach ended in a pulsating draw with RZ Pellets WAC rescuing a late point via Tai Baribo. The Israeli forward scooped up a rebound after Tino Casali had produced a sublime save, and after a VAR check, the goal was given. Atdhe Nuhiu was on the scoresheet for the second game in a row with an excellent header to continue his excellent start to the season. Wolfsberg dominated proceedings after the goal and were rewarded early in the second half with an audacious back post volley from Adis Jasic for his first-ever Bundesliga goal. The Vorarlberg side were back on top in the 63rd minute after a sumptuous team move ended with Lukas Jäger slotting home in the penalty area but with two minutes left on the clock WAC equalised via Tai Baribo (his 12th goal for WAC) to rescue a point for the UEFA Europa Conference League hopefuls. 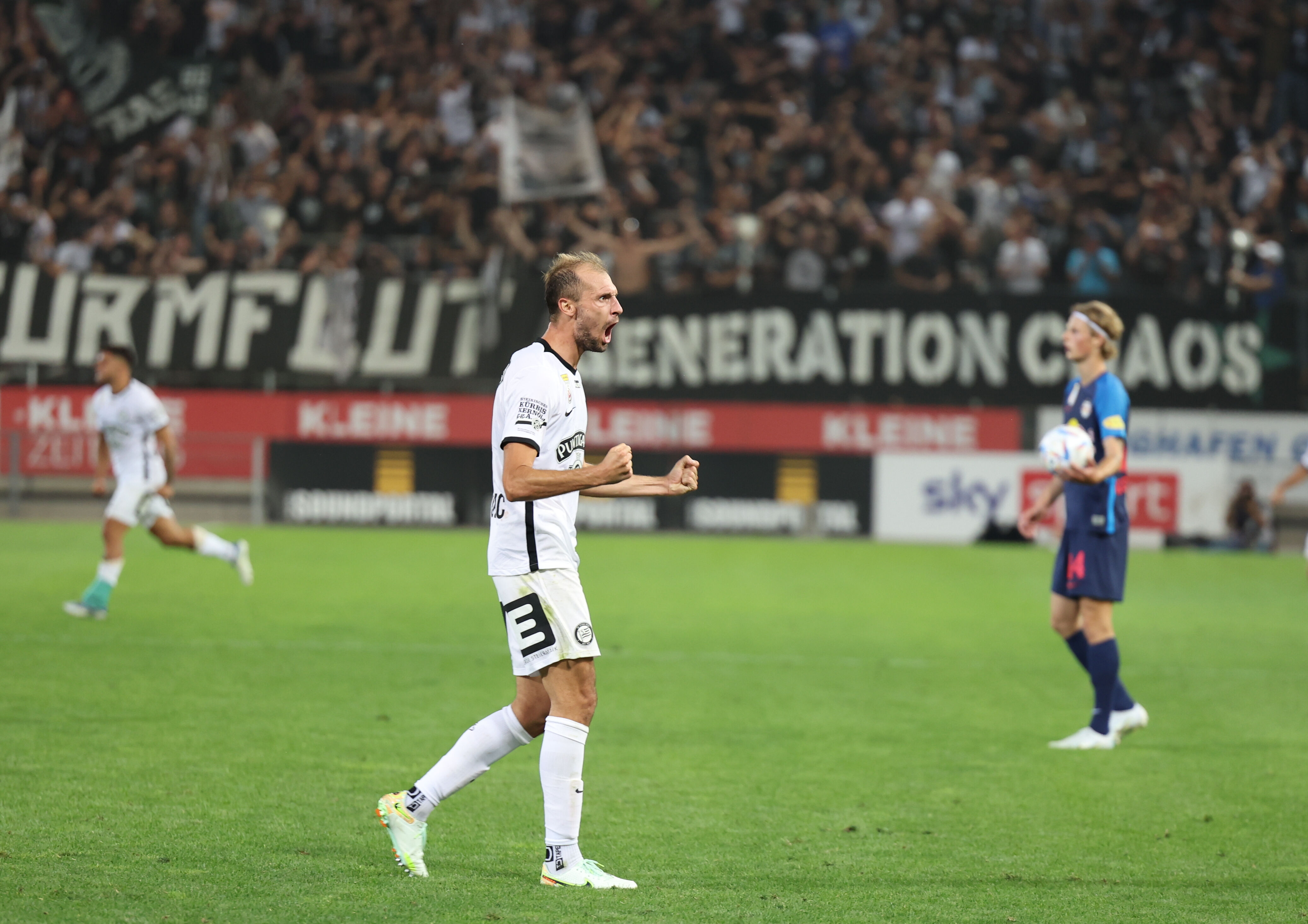 A brace from 19-year-old wunderkind Rasmus Höjlund secured SK Puntigamer Sturm Graz a statement victory against reigning champions Salzburg in front of a raucous Merkur Arena crowd. The Danish forward opened the scoring by pouncing upon Salzburg goalkeeper Philipp Köhn and slide tackling the ball into the empty net. If the first goal was sloppy, the second goal was sublime as Höjlund strode from the half-way line, beat the defender for pace, and then fired the ball into the top corner of the net - his second Bundesliga brace in only 15 games for Christian Ilzer’s side and one to remember. Another talented young Dane, Maurits Kjærgaard, halved the deficit for Red Bull Salzburg with a sweeping finish in the 87th minute but it was too little too late for Matthias Jaissle’s young team as they succumbed to defeat in Graz for a second consecutive season. 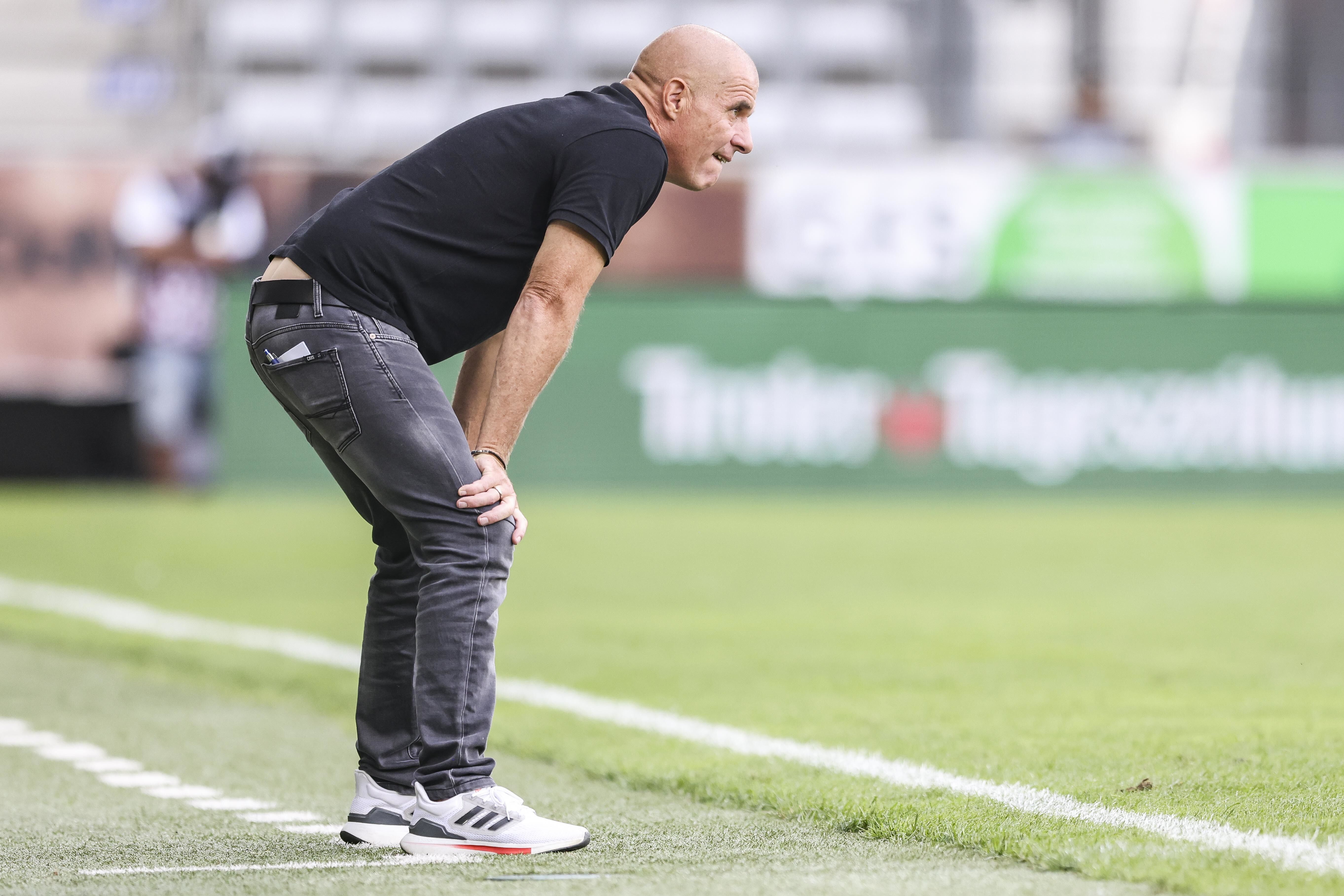 WSG Tirol recorded their maiden three points of the season and continued their four game win streak versus TSV Egger Glas Hartberg with a comeback victory. Sandi Ogrinec and Tim Prica scored either side of the break to secure the win as they battered their visitors with 29 shots on goal. Okan Aydin had put the visitors ahead with a lashed volley from inside the penalty area but were pegged back two minutes into first half injury time as Ogrinec found space at the back post to caress the ball into the far corner - only Ogrinec’s second Bundesliga goal, both coming against Hartberg. After Patrick Farkas’ handball was reviewed by VAR, WSG were awarded a penalty and Prica stepped up to score for a second game in a row making him one of only three players to achieve this feat in 2022/23 ADMIRAL Bundesliga season. A second 1-0 victory in a row for SK Rapid Vienna saw the Green and Whites jump to the summit of the ADMIRAL Bundesliga table, and the only team to possess a 100% record after two match days. Just like in Match Day 1 it was a goal from a substitute that secured all three points - the first time this has ever happened for Rapid in their first two games of a season - with new leading man Guido Burgstaller slotting home a penalty and scoring his first Bundesliga goal since May 11th 2014. However, Rapid didn’t have their own way and only a sensational goalline block from Michael Sollbauer denied Markus Pink from putting Austria Klagenfurt into a first half lead. As Rapid pushed for the lead, Christoph Knasmüllner’s shot was deemed to have been handled by Kosmas Gkezos by VAR and Burgstaller stepped up to fire home for the points. FK Austria Vienna and LASK battled to an entertaining draw at the Generali Arena with Andreas Gruber snatching an 88th minute equaliser against his former club. Marin Ljubicic, LASK’s new arrival from Hajduk Split became only the third LASK player to score in his first two Bundesliga games for the club with an excellent angled drive in the 67th minute. It could’ve easily been two for LASK but Efthymis Koulouris somehow put the ball over the bar from close range. It proved costly for the Linzers as Gruber latched on an excellent ball from deep to fire home from inside the penalty area and claim the Violets a draw. Despite the draw, it means LASK remain unbeaten in the first two games for the fourth season in a row.