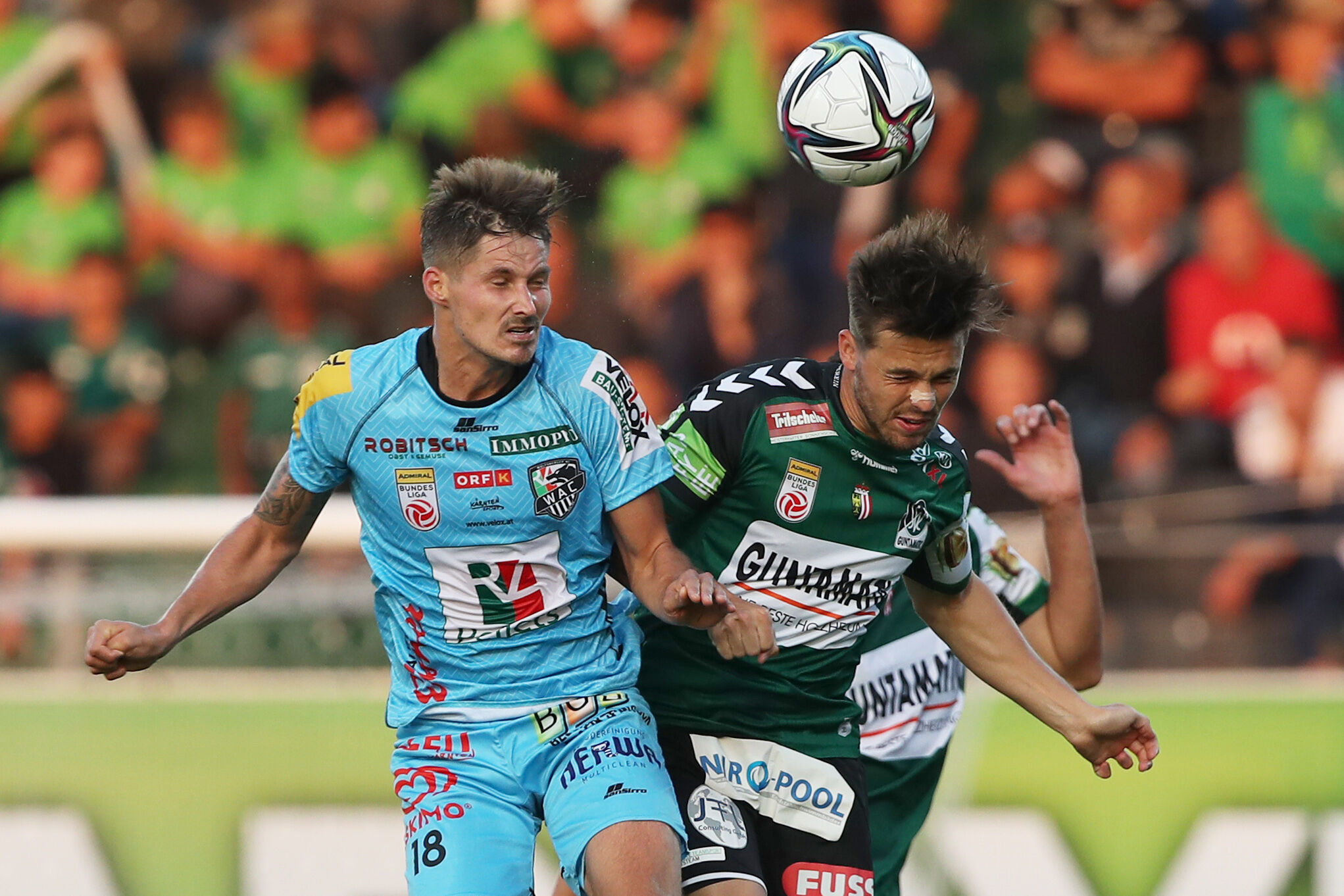 Ried extended their home unbeaten run in the Bundesliga (now nine matches) in style by coming from three goals down to rescue a point against Wolfsberger AC. The Wolves took a 3-0 lead just before the hour mark when Tai Baribo slotted home, after Eliel Peretz and Thorsten Röcher had earlier found the net in the first half. But the Upper Austrians refused to throw in the towel and, despite having a goal disallowed for handball, still managed to fight back with goals from Julian Wieβmeier and Leo Mikić before Wieβmeier grabbed the equaliser four minutes into stoppage time. Not only did the goal earn a precious point, it also kept Andreas Heraf’s side in third place and three points clear of the Carinthians in fourth. 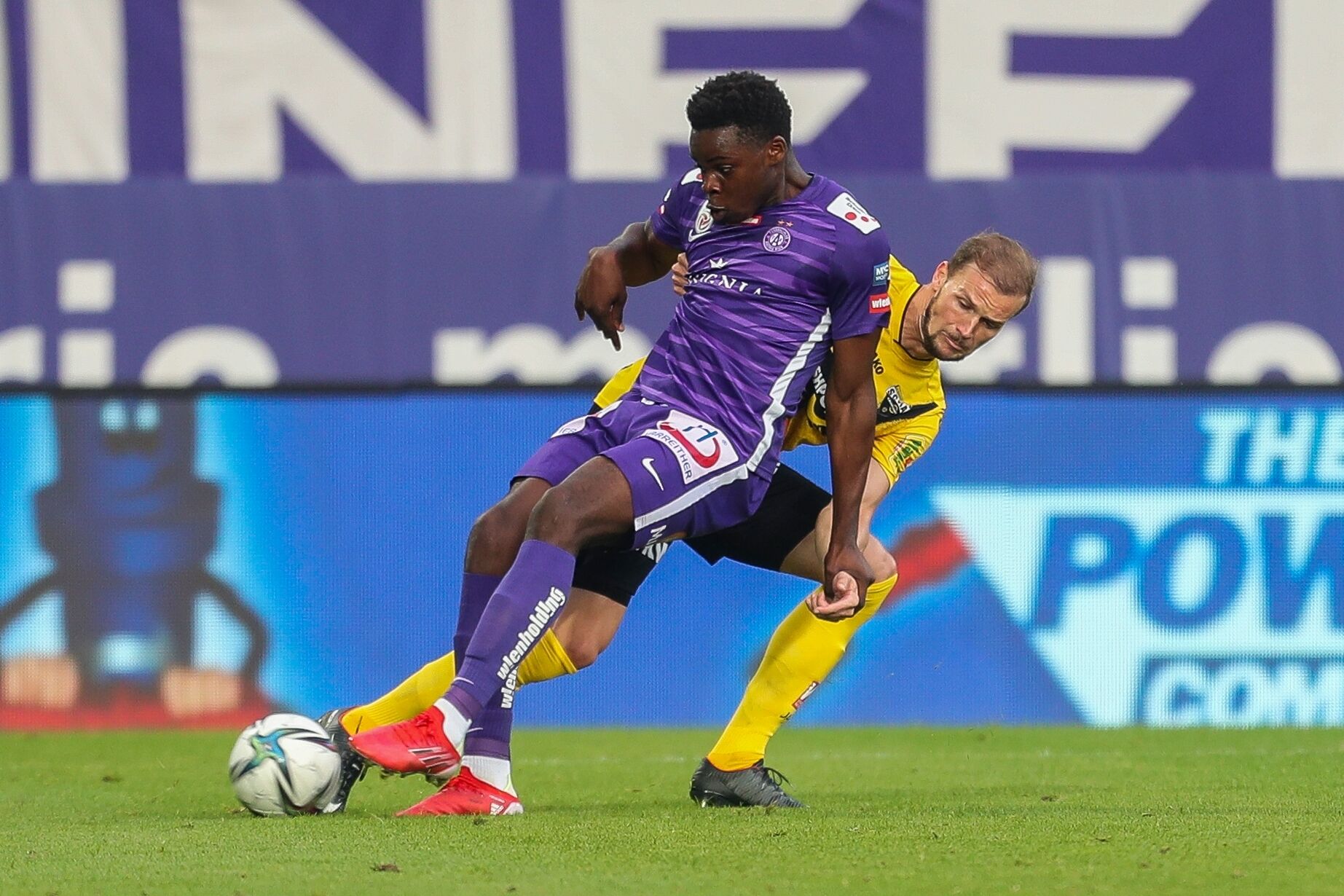 Austria Vienna’s wait for a first home win this season continues after they were held to a goalless stalemate by Altach in a match in which chances were few and far between. The capital club had the better of the game overall (shots 11-8, possession 58%, challenges won 53% and passes completed 81%-74%) but played the final eight minutes of the match with 10 men after Vesel Demaku was given a second yellow card for diving in a bid to win a penalty. Though still without three points at home this term, the 10th-placed Violets are now unbeaten in 10 Bundesliga home games at the Generali Arena – a run that started in the Qualification Group last season. Altach, who are a point and two places better off, are now winless in four matches. 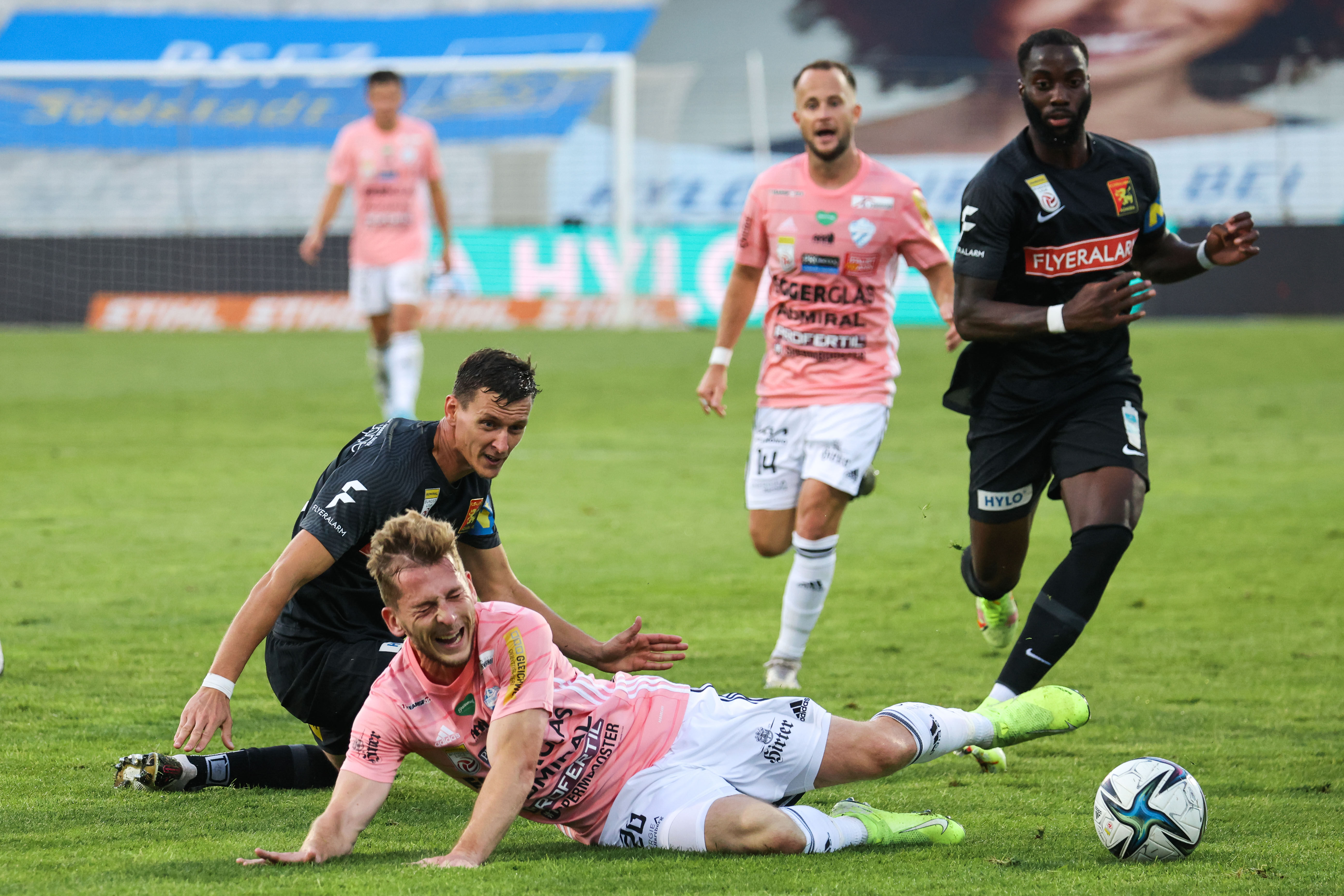 The third and final draw in the Bundesliga’s Saturday games came between Admira Wacker and Hartberg, who shared the spoils in a 1-1 stalemate. The match saw Andreas Herzog and Kurt Russ, former World Cup room-mates for the Austrian national team, go head-to-head in the dugout. The home side took a 17th-minute lead through Joseph Ganda’s first-ever Bundesliga goal, a powerful low left-footed drive that crept inside the near post, and were denied a second when Leonardo Lukačević struck the foot of the post. Hartberg continued to battle, though, and snatched an equaliser when Dario Tadić scored from close range in the 83rd minute. 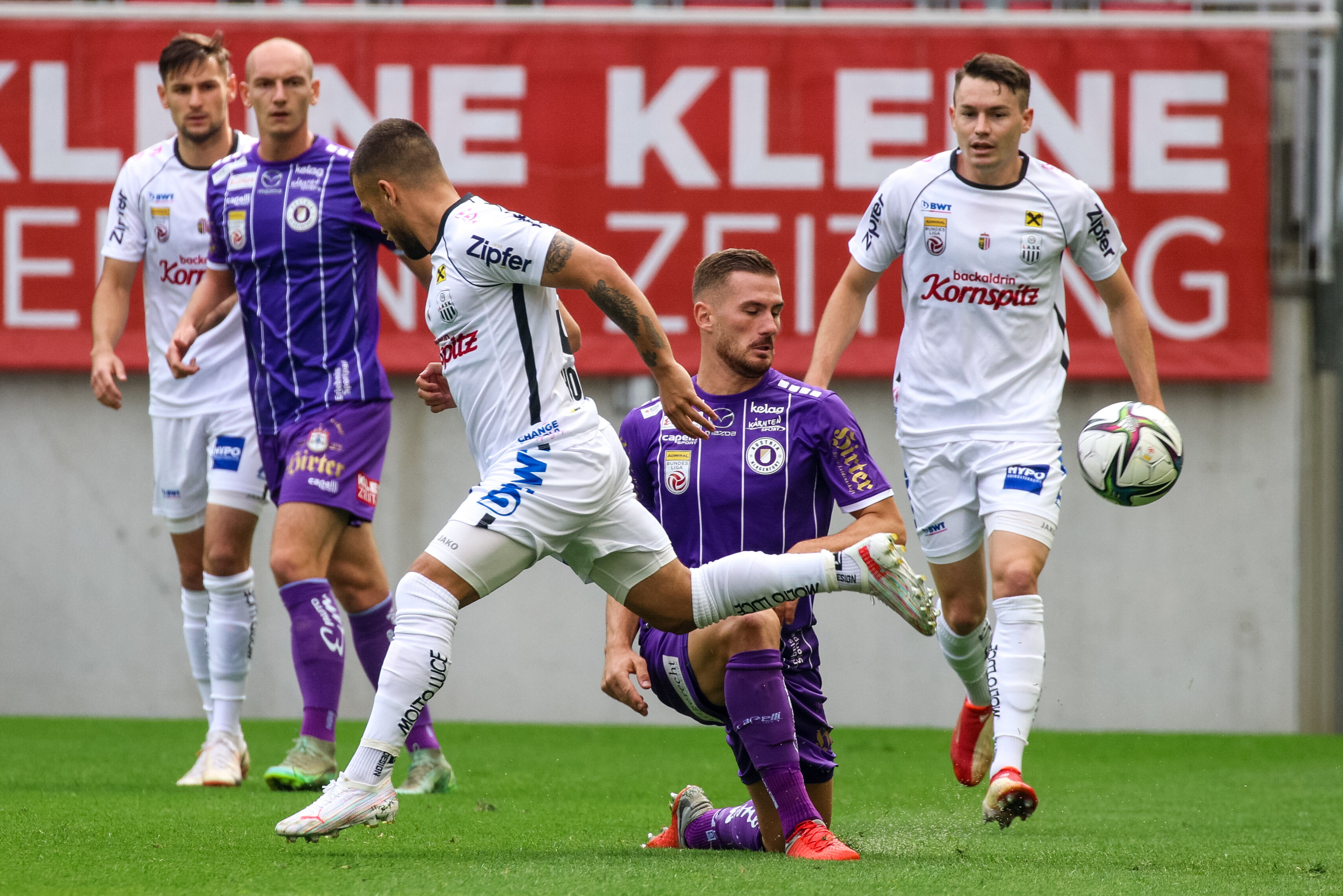 Fresh from their Europa Conference League away win at HJK Helsinki in midweek, LASK opened the scoring against Austria Klagenfurt when Thomas Goiginger fired home Sascha Horvath’s excellent cutback – his first assist for the club – in first-half stoppage time. It was the 20th Bundesliga goal in a row Goiginger has scored with his right foot, the forward having last netted with his left back in March 2018. But the Carinthians were unwilling to give up their unbeaten start on home turf and levelled through Patrick Greil’s strike after an indirect free-kick had been awarded inside the box. The draw leaves the Linzers down in 11th place, with only winless WSG Tirol below them, while Austria Klagenfurt sit up in seventh, above both Vienna clubs. 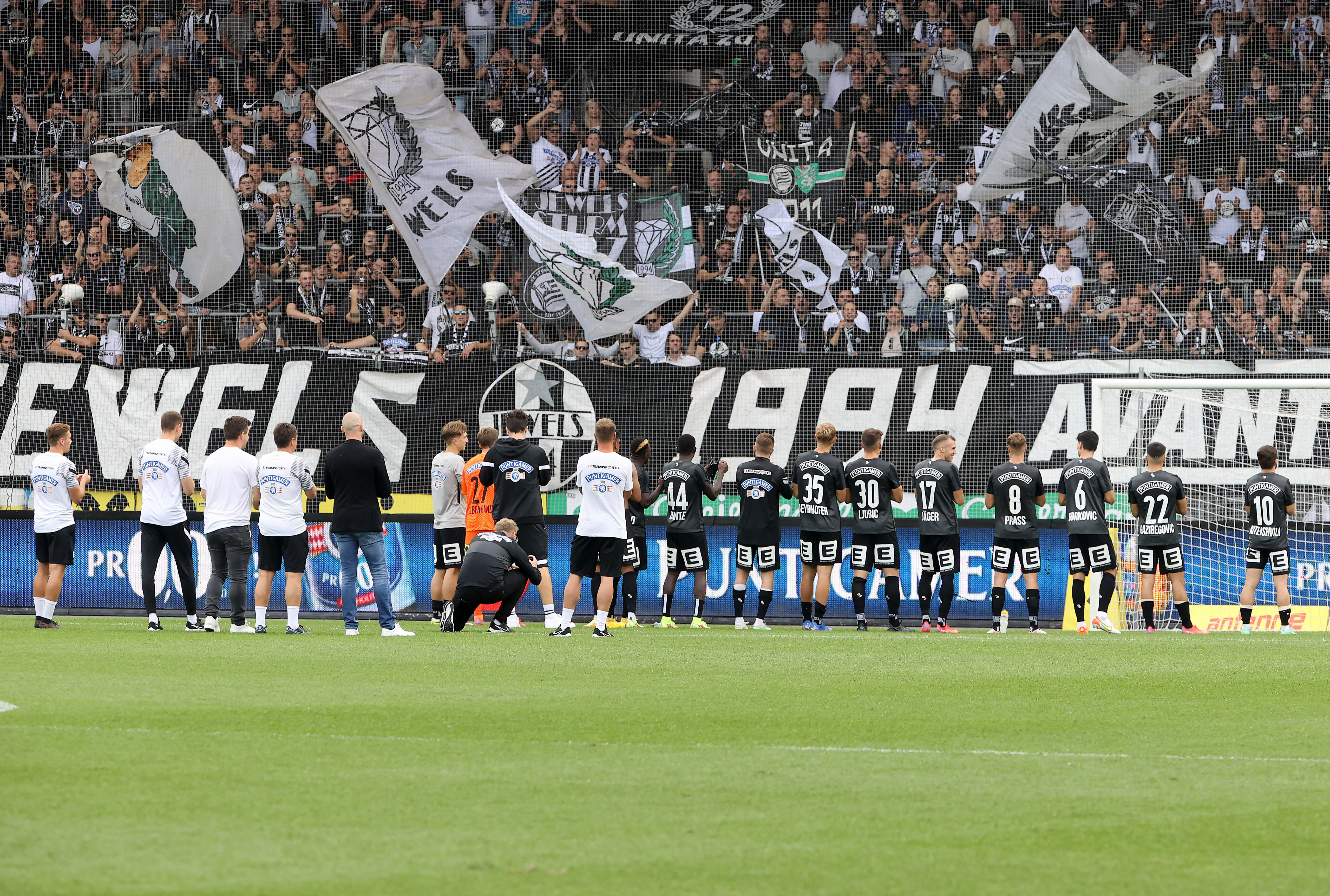 Sturm Graz put their Europa League disappointment against Monaco firmly behind them and confirmed their place as Salzburg’s main title challengers by handing out a 5-0 thrashing to WSG Tirol. Jakob Jantscher netted two goals before the break – his last 10 Bundesliga goals have all been in the first half, equalling Yordy Reyna’s record from 2014-15 – before Kelvin Yeboah scored a brace against his former club to become the highest-scoring Ghanaian in Austrian top-flight history (20 goals). Anderson Niangbo then added a fifth late on to put Sturm five points clear in second place, though they still trail Salzburg by seven points. WSG Tirol, meanwhile, sit bottom of the table and are still searching for their first win of the campaign.

Salzburg made it eight wins from eight in a record-equalling afternoon of Bundesliga action at the Red Bull Arena. The Green & Whites held firm until the 79-minute mark, when Kevin Wimmer was involved in a challenge with Karim Adeyemi in the box. A goal-kick was initially given but that decision was reversed in favour of a penalty following a lengthy VAR review, with Adeyemi subsequently slotting home from the spot. The Red Bulls added a second in stoppage-time via a counter that saw Noah Okafor run almost the entire length of the pitch before teeing up Brenden Aaronson for a tap-in. Salzburg have now scored in 41 home league games in succession – equalling the record Rapid Vienna set between 1983 and 1986.